BWRT - A Wonder of Modern Psychotherapy


A therapist's inside view of BWRT®

BWRT® - A Wonder of Modern Psychotherapy.

This article is based upon the first of approximately 30 podcasts by Gavin Bowtell who explains various aspects of BWRT® and how it has helped others, and how it could help you whether you are a client or therapist. EFT. EMDR. RTT. IEMT. CBT.  BWRT® All these alphabet therapies! Where do we begin?Let’s jump straight in and begin with the basics.  The Alphabet. B is for Brain. W is for Working. R is for recursive.  T is for Therapy.

However if I talk to you about your right big toe, your left little finger, or your stomach - you know that these exist and your attention goes straight to them becoming aware of whatever sensation might be available to the senses in that part of the body.  So too with the brain - you know where it is, and you can think clearly about it. One of the many and major differences between BWRT® and hypnotherapy is that whereas Hypnotherapy works with the concept of the subconscious - BWRT® works with the fact of the brain - and is therefore much easier to grasp.

Specifically BWRT® works with that area of the brain that we can call the “Reptilian Complex” that evolved nearly 500 million years ago.

W is for Working.  Now whilst it is true to say that your brain is individual to you, it is also true that its functioning is not unique to you.  The way your brain functions at base level is the same for you and the majority of other people.  Think of it this way - if you and every person on your street have a Mac running MacOS - you will all have the same basic software on your Macs.  You might have similar apps to your family or neighbours, but you could easily have documents, photos and other media that are unique to your device. Despite the unique content of your device, and the apps installed - every Mac in the street will run the same basic programme and processes.

Therefore,  if you consider yourself to be neuro-atypical or part of a community of neuro-diverse individuals, your brain still shares a great deal of its basic functioning processes with those who are neuro-typical which means that BWRT® works perfectly well, in most cases, with people with Asperger’s or ADHD for example as for the majority of neuro-typical others.

Earlier I mentioned that the reptilian complex of your brain evolved around 500 million years ago.   It didn’t have social media to discover what was acceptable, or Snopes to tell it what was true, and it certainly didn’t have YouTube to tell it how to avoid death or pain caused by an invading tribe or marauding sabre tooth tiger.

But your brain did have one very powerful response.
It had fear. And fear was expressed by one of three ‘f-modes’ as I like to call them.  Whenever the brain encountered something NEW it would briefly go into WAIT MODE looking for a match with previously encountered experiences and it asked three questions: Is it safe? Will it hurt me? Will it kill me?

The evolving reptilian complex, the first responder, didn’t have time to make a detailed survey of this new situation, so it would look for more data seeking to match this with information from previous experiences. If it matched this new experience with something that occurred in the past that had benign consequences - then this new situation would be marked as SAFE and it would carry on as normal. But, if the new scenario matched with a perceived threat from the past then fear would engage an “F mode” - Flight, Fight, or Freeze.

All this happens at amazingly fast speeds however. In fact the process takes place so fast that by the time we are conscious of responding - our response is itself already ⅓ of a second old.  What this means is that everything that has happened to us in the past, means something for our future.

Because an ‘F-mode’ led to survival and living another day the brain now knows that what it did in that situation was effective whether it felt good or not, and therefore it was likely to do it again in a similar situation in the future.  I say whether it felt good or not, because in fact your brain doesn’t care whether you suffer anxiety every time you think about doing something that caused you anxiety in the past that you would really rather be able to. This is because the reptilian complex is all about ensuring your survival - not your happiness.

But don’t despair - better feelings do play a role in the pleasure pain principle; and I’ll come to that in a bit.

Here is a practical - though grossly simplified example.  You see a dog. You’ve never seen one before. Your brain goes into WAIT MODE.   The dog jumps up at you; it startles you, you scream. You are rescued. The dog is shooed away. You are safe. The fact your are safe tells your reptilian complex that it did the right thing - because giving you anxiety and making your scream resulted in safety.

Guess what is likely to happen in the future? It is of course likely that in the future your canine-encounters will result in similar dog-triggered anxiety plus the startle response. With repetition the responses become stronger, automatic and apparently persistent. But wait. Remember I said that when your brain encounters something new it creates a wait state? And that during that very brief period it looks for the best thing to do?  Well in BWRT® we create that WAIT state artificially and replace your unwanted response - for example a fear of dogs - with a much more resourceful one. Now because the brain works along the pleasure pain principle - taking you away from pain towards something better - your preferred response (as well call it) is already going to be suitable so long as it is plausible, possible and fair. And because YOU CHOOSE the way you would rather respond, rather than having suggestions given you by a therapist, your brain automatically accepts what comes from itself as a good fit and better outcome.

Therefore W is for Working because BWRT® really does work with your brain’s natural pattern or processing. In fact if BWRT® were to be compared to a technical device it could honestly describe itself as “plug and play” because it works out of the box.  Once a therapist has learned how to use it correctly they will usually find very quickly that they become much more successful in alleviating the suffering of their clients.

Furthermore, when the client - that could be you - experiences a positive outcome from BWRT® the brain is now set to find similar success using BWRT® in the future! That’s the the pleasure pain principle in action again.

R is for recursive. Something that recurs happens again. So there’s an aspect of the BWTR® process being repeated - that’s all. Because most clients are unlikely to have experienced BWRT® they aren’t going to be sure that they are getting it right - although it is very simple. The recursive aspect means that there isn’t really much chance of getting it wrong, as long as the client follows what their therapist is saying to them as closely as possible, and without trying to do something else.
There is an element of entrainment too.  In just that same way that if I count 1,2,3,4, you can expect to hear 5,6,7,8 so the recursive nature of BWRT®  protocols allows the brain to settle into the pattern that (has been learned and) will lead to a positive outcome.

T is for Therapy - yes BWRT® is a wonder of modern psychotherapy. BWRT® is a simple, safe, fast and effective therapy.  It is down to earth, easily grasped, and based on scientific understanding of the brain.  It doesn’t require the client to adopt any particular therapeutic belief, requires no therapeutic touch, and unlike most other talking therapies doesn’t require covering the same old ground over and over again.
It is used all over the world now helping people live richer fuller lives, free of fear and anxiety.

Gavin Bowtell is an Advanced Practitioner of BWRT®.   You can find out more about him by visiting his website - Essex Mind Coach 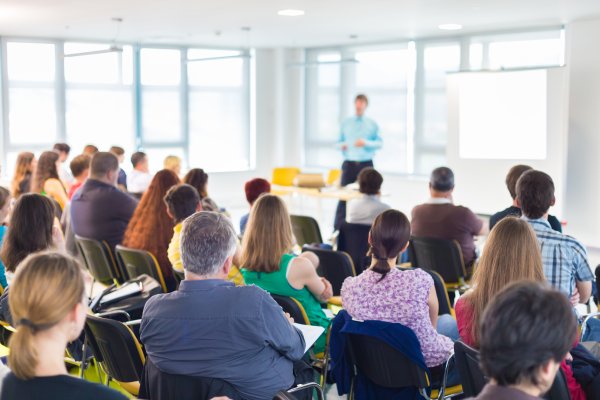 Looking for BWRT® training instead of therapy?


To find out how to train to be a BWRT® Professional Therapist, please visit our professional practitioner training site at https://www.bwrt.org